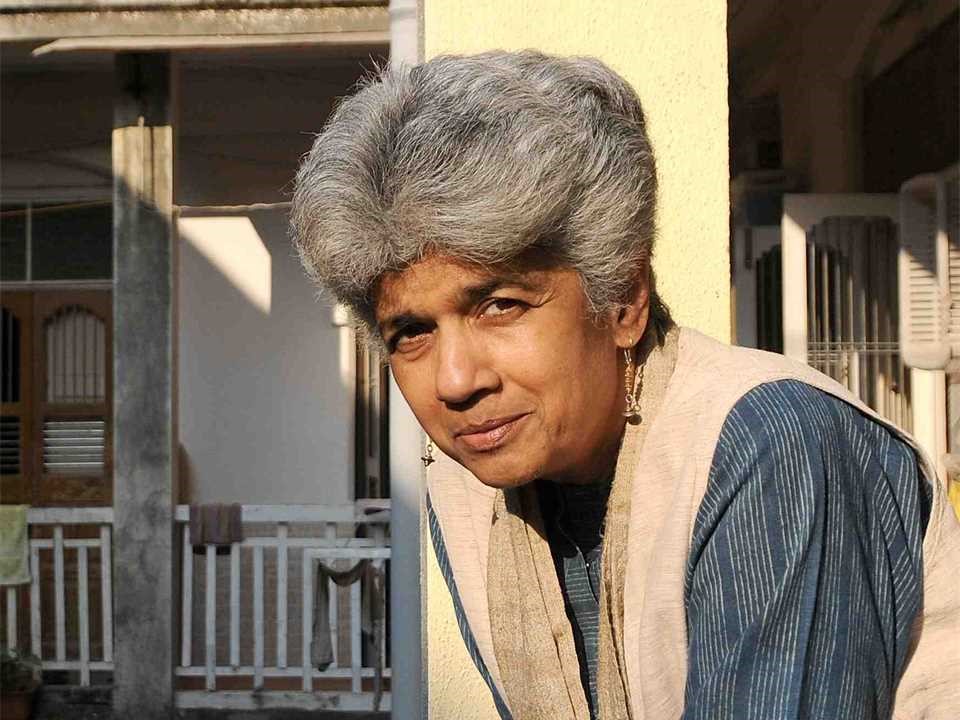 Ever wondered how and why can architects influence policymaking, perceptions, and solutions for built & unbuilt environments?? Read on to explore an interesting tale of an architect, that I am sure will inspire you.

Beyond the spatial configurations and the shells or entities that envelope them, there lies within architecture a potential to be a part of larger socio-cultural and political dimensions that shape our neighbourhoods, cities and eventually the nation.

The architect/urbanist as an activist (a person who campaigns to bring about political or social change), works with people and communities, social and government bodies – attempting to bring about a positive change in the planning and perception of cities/neighbourhoods. One such Architect-Urbanist-activist is Neera Adarkar.

“I cannot separate my roles as activist, architect or researcher. Each enriched the other. I have no regrets. In fact, I consider myself very fortunate. Perhaps we could have been building iconic buildings, but we had other priorities.”

After graduating from Sir JJ College of Architecture, she went on to do her masters in industrial engineering from IIT Bombay. In 2014, she was awarded an honorary doctorate from the Belgian university of KU Leuven.

“I spoke to the students about the long history of the activism in our part of the world, starting with the struggles – what I call ‘struggle movements’ – against colonialism, then against the state, and later against gentrification, displacement, environmental degradation and so forth. Activism has always been perceived as anti-establishment here. So I am pleasantly surprised that one of Europe’s most prominent universities is giving recognition to our cause. It means a lot to me.”

Adarkar’s grandfather founded one of the first girl’s schools in Mumbai, while her father was himself a freedom fighter. Over the years, the spirit of activism and a keen interest in societal concerns led her to discover her passion for urban research, and eventually architecture.

This blog discusses three areas, intimately associated with the city’s socio-political and cultural fabric, that Neera Adarkar has tirelessly contributed to.

Neera Adarkar believes that ‘activism’ today is much more than mere marches or protests. It is also about understanding underlying layers of cultural, social, and environmental aspects and closely considering them while forming an alternative solution to the posed issue.

A city cannot simply erase its past in order to make way for the future. It must respect it, learn from it, and in some ways, also celebrate it – for it is a testament to what we once were and an inspiration for what we aspire to be.

“Activism has to have a very solid base in research. If we want to make our vision a reality, it has to be grounded in well-thought-out concepts and present a constructive alternative. In today’s neoliberal state, this, and not simply resistance, is what is needed to make space for negotiations to implement our vision.”

Firstly, during the women’s movement in the early nineties, she began analysing her surroundings via gender lens, and the fair and unfair nature of built environments with respect to the same.

She was also one of the founding members of the Women Architect’s Forum, which was formed, to encourage women architects to revisit their own profession, and understand the gender-based discrepancies. This allowed her to further address the gender-specific issues in other movements, as well as in architecture.

Secondly, Adarkar’s involvement in the mill labour movement, concerning the shut-down of textile mills in 1980s Bombay, and the struggle that followed thereafter in terms of future development and land use of those lands, inculcated in her a deeper understanding of and perspective for urban planning.

After the mills of the once-thriving cotton industry of Mumbai were sealed shut, proposals for acquiring those lands by the profit-seeking developers flooded in.

They sought to gentrify and redevelop, not only the lands where the mills once stood but also the neighbouring Chawls. Such a scenario involved the displacement of thousands of labourers, violation of their housing and livelihood rights as well as loss of one of the culturally and socially rich neighbourhoods, as these communities not only contributed to the city commercially but also politically – be it the freedom struggle, Sanyukt Maharashtra movement or the union strikes led by Datta Samant.

Culturally speaking, it was these people who lent Bombay its cosmopolitan nature. Jatras, street food, traditional entertainers, as well as the occasional tamasha and dashavatar plays eventually vanished into thin air after the shut-down.

Besides her struggle in the Save Girangaon Movement and involvement in policymaking, Adarkar, along with Meena R Menon, a political and trade union activist, has also co-authored a book titled ‘One Hundred Years One Hundred Voices’, published by Seagull in 2004. It is a compilation of the oral history of Girangaon & Bombay, as told by 100 mill workers.

Thirdly, the mill labour movement also led her to edit another book titled ‘Chawls of Mumbai, Galleries of Life’, which is documentation and compilation (research, information, floor plans, photographs etc) of various typologies of chawls, their architectural, social and cultural significance, as well as the relevance of such vernacular-built spaces and their impact on the city.

Such research projects enable a nuanced and empathetic understanding of the place, the people and the purpose and outcome of it all. It also paves a way towards sensitizing people about such issues and helps in making rational and fair decisions in terms of future planning.

Other significant projects that she has been involved with include:

(1) Preparing an integrated sustainable plan for the revitalisation of Sevagram and Wardha in view of the 75th anniversary of Mahatma Gandhi’s arrival,

(2) Comprehensive study of open spaces in the city of Mumbai, including preparation of action plan for improving their status.

(3) Suggesting urban development guidelines for the historic sub-precincts of Chembur characterized by their cultural heritage.

(4) She is a member of the Government-appointed Committee of Experts on the Dharavi Redevelopment Project.

Besides this, she is also a practising architect, one of the principal architects at Adarkar and Associates, based in Mumbai and as an educationist, has been a visiting faculty at prominent architecture schools in Mumbai, for around 25 years now. She is also a founder trustee and chairperson of the School of Environment and Architecture (SEA), Mumbai. As an author and a speaker, she has numerous articles published to her credit and delivered talks and presented papers, on architecture, heritage conservation, urbanism and activism in prestigious universities, both within and outside India.

We write blogs on Architecture and everything around it, so if you are interested, get in touch through these mediums: