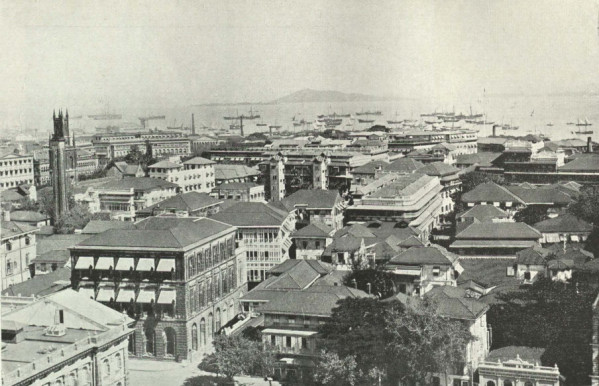 One of my major goals in 2020 was to complete this Mumbai series of blogs. And over the last seven weeks, we have achieved a new milestone. I want to thank each and every one of you who have read and shared the blogs and extended your support. The Time Machine Project in which we discuss the evolution process of cities comes to the final part of this season where we discuss the post-industrial effect of the city and how the shift from mills to malls happened.

In an overview, we learned about the forts in Mumbai, then how these ‘seven islands created a flux’. We also saw how mills came and how because of mills we saw a settlement of chawls which was an integral part of the city.

As space, we never term it as stagnant. It is a living organism, which keeps on growing. In terms of cities, they have the same behavior. To understand the behavioral changes in the space we need to understand first that space is always associated with a function. Now, this function determines the nature of the city. For example, during the colonial era when mills were there in the city, it’s the ‘industrial era’. Where the whole city is associated with the production of some material. In the post-industrial era of the city was going to serve as a nodal center for the global economy.

In the previous blog, we understood the myths of sickness which was quite a structured and framed way for getting away from a situation without thinking of the consequences of the mill workers. Now this “deindustrialization of the city” moved in many different directions where on one side it opened gates for MNCs to be part of the economic ecosystem, proposals of new city centers like Bandra-Kurla, Vasai – Virar and Navi Mumbai.

The new Development Control Rules of 1991, framed by Sharad Pawar’s Congress Government in the state, in response to structural adjustment policies of liberalization and echoing the dictates of global and domestic capital, permitted the sale of 15% of the land of textile mills. The new regulation in urban land-use rules repealed the older zoning regulations which earmarked land for either industrial, commercial or residential uses, and governed patterns of employment and ensuring their long-term stability and overall design to the metropolis.

A view of Bombay from the Rajabai Tower

The Charles Correa Committee Report, commissioned by the BJP-Shiv Sena Government in 1996 to suggest an overall scheme for the redevelopment of the mill areas, has never been released to the public. The mill lands continued to be plundered under the BJP-Sena rule and the government continued to appoint committees, announce plans, and vacillate as the problem festered. The proceeds from this 15% of the land of Bombay’s 58 mills were intended to be reinvested in the reserved industrial areas of the mill compound, while in fact the mills are being demolished.

The 1991 DC Rules were thus further retreated of the state from the regulation of urban development under pressure from “market forces” = profiteering by not only builders and businessmen, but corrupt politicians, bureaucrats, and their agents. Responsibility for monitoring this market-oriented redevelopment is entrusted not to the legally accountable agencies of the state, but to private banks and financial institutions. The undervaluation of the land by the millowners – in some cases by more than 50 crores – in their reports goes unchallenged.

The plight for the mill workers and the murder of the mills is but a notorious example of a larger crisis in urban planning, most recently manifest in the imposition of numerous fly-overs and bridges all over the city approved by the BMC (Brihanmumbai Municipal Corporation) against the warning of the MMRDA (Mumbai Metropolitan Region Development Authority) and consultants about the enormous environmental and social damage these new constructions would bring. This critical situation in our city calls for more rather than less intervention and planning, more participation by concerned individuals and groups, rather than a retreat into the interior world of comforting consumerism with which the new economy entices us.

Development is not an inevitable, uncontrollable process that has its own objective logic, But a political process that must be responded to politically.

Though these fancy malls you visit may create an illusion of luxury this has come over a cost. A cost that thousands of people have given.

Is it worth the sacrifice?

Could there be any other option through which this transition of mills to malls could have been done without hampering people’s livelihood???

Now that the mall culture is also dying what would be the next shift??

55 thoughts on “Transformation of Mumbai: Mills to Malls”