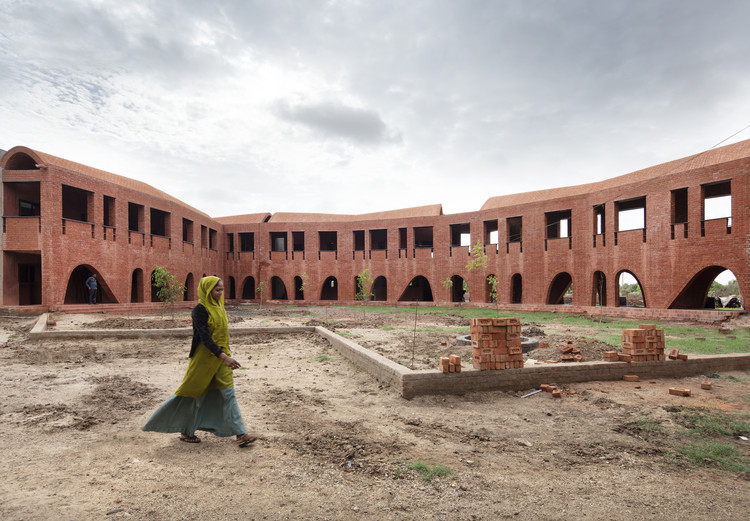 Welcome back to the blog. Today we have someone so diverse in her practice that her caliber of spectrum of works is unparalleled. She has shaped architecture design to reach new level through her practice.

Let me take you through a journey of a revolutionary architect, whose work is not just restricted to design but also writings, research, films and education. She’s a perfect inspiration if you are someone who’s an architect trying to blend research and design.

Samira Rathod is a Mumbai-based architect, writer & teacher, who completed her Bachelors in architecture from Sir JJ School of Architecture in 1986, and went on to achieve a master’s degree in 1988, from the University of Illinois at Urbana-Champaign.

SETTING SAILS & THE JOURNEY AHEAD…

Ventures of her own started with RLC, a firm she opened in partnership in 1995, followed by her 1996 solo furniture exhibition called ‘Liasons de Formes’, which brought her to the forefront. In 2000, she started Samira Rathod Design Atelier (SRDA).

What followed, is a plethora of projects, experiments and numerous awards and acclaim. SRDA in rooted firmly in the philosophy of the architecture of BLIRS – beautiful, local, indigenous, recycle and reuse, and small.

She believes that the context of buildings is a starting point to design. Architecture should rely heavily on its context, including the materials available, local craft etc. She goes further to say that the firm’s designers strongly believe in objects as characters that speak to you.

In the same way, architecture influences and speaks to the person inhabiting that space. The architect says that the firm, rather than merely prioritizing functional space planning, devotes a large part of its work to “creating experiences, using space to interpret – rather than reiterating the definitive,” using light and texture.

Poetry draws the distinction between a piece of architecture and a mere building. She compares architecture to poetry in the sense that poetry is the “unraveling of layers of meaning, whereas architecture is unraveling of experiences; surprise, serendipity, comfort, relief, romance.” However, Rathod explains that “esoteric” sources of inspiration such “stories, books, conversations” may be brought into designs but subliminally. “not necessarily as physical manifestations.”

Until 2003, she was also involved in furniture design under Transforme Designs. In the role of an editor and a writer, she created SPADE – a biannual journal deliberating design and architecture in India. Spade aims to invoke introspection and provoke thought, explore ideas and inspire aspirations towards a fine architecture, especially at a time when we must shoulder the huge responsibility of nation building.

The articles, essays, projects are all of academic significance and will then remain as key markers for ideas to follow, question or denounce by fellow designers. Spade may be a great source for reading and understanding for students and the upcoming generations of designers in the country and is one forum that will discuss openly and unabashedly.

While there are numerous amazing completed and ongoing projects and initiatives to the credit of SRDA, here are some remarkable ones.

The School of Dancing Arches.

This school in Bhadran, Gujarat, seems like straight out of a child’s drawing book, with its asymmetric arches. The form weaves experiences and fascination, as a child explores it encountering trees and play elements on the way. The material used is local terracotta bricks for walls, floors and roof (including a layer of concrete), and is beautifully crafted to precision by the local labour.

It’s a house where the light and shadows, play and contemplation are intrinsic. Its idea began from the site context, scorching heat and two lonely trees! This two-storey house, along with a courtyard and a swimming pool, exhibits various intonations of light, hence there is always a room to explore with every turn. While the exterior does not give away much, unraveling its layers on the inside.

Maze, Tree house, a wall as room are some installations that present a new premise to perception of spaces.This is just the tip of the huge iceberg that is SRDA.

SPADE is a periodic journal on architecture – a platform for thoughts, that may not essentially be conclusive, narrative or argumentative in nature, but are thought provoking. As its motto rightly justifies, it is about ‘taking a harder look at ourselves’.

Under its subset of SIRCLE, Spade also undertakes research projects, some of which include Project boject, A Dark Rhapsody, Visions and Divisions- The Banganga Experiments and more.

The Big Piano is a product and furniture design initiative that perceives them as pieces of art and craft, while simultaneously blending functionality. The materials range from old recycled woods, to metals and more.

Samira Rathod is an adjunct faculty member at the Kamla Raheja Institute of Architecture in Mumbai and has been invited to be a part of juries and panels all over the country and abroad. She has also given several talks and presentations on architecture at various events.

SRDA have a YouTube channel, wherein excerpts from various talks (such as The Architect’s Retreat, a SPADE India initiative), Anarchytecture – a film by SRDA, In the mood for Love (an experiential retreat) and more. The way architecture and its dimensions are presented in the designs, videos, documentations of SRDA is unconventionally interesting.

WHAT WE LEARN FROM HER…

Architecture has both tangible and intangible components. It is thereby important to widen our perspectives and understandings in different realms like research, writing, competition. Also, drawings should be our primary mode of communication, hence its very crucial how we represent things in them. Architecture should be viewed as both the process and the product.

We write blogs on Architecture and everything around it, so if you are interested get in touch through these mediums: